Home About Our People Ji Chen 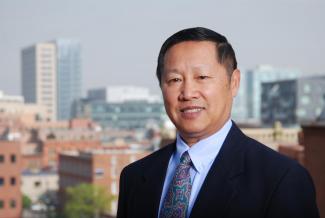 "The Ups and Downs of the PRC Securities Market”, The China Business Review, January-February 2003 (with Stephen Thomas)

"Foreign Insurance Company: Investing for Future", Commentary Article for the China Online (an on line magazine) (with Stephen Thomas)

"At a Premium" The China Business Review, March-April 1999 (with Stephen Thomas)

"Debt-for-Equity Swap for State Owned Enterprises in China" Guest of Economic Forum, the Voice of America (VOA), February 29, 2000 (live broadcasting to millions of listeners all over the world).