Home About Our People Woody Eckard 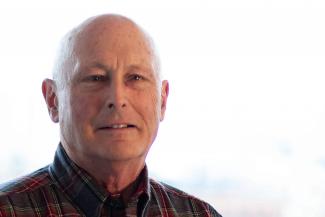 Since joining the Business School, E. Woodrow Eckard has earned five annual awards for research and one each for teaching and service. He has served as the finance program director, the professional MBA program director, and the chairmen of the primary unit, a committee responsible for faculty tenure and promotion decisions. Immediately following his doctorate, Eckard was employed for five years on the General Motors corporate economics staff, where he was manager of regulatory economics. He was also employed as a civil engineer for four years prior to his graduate studies.

Eckard’s research area is industrial organization economics. The focus is on the relationships between the organization and regulation of industries and markets, and various measures of economic performance such as price, cost, profit and consumer welfare. His current research mainly involves the economics of the sports industry. Specific topics including the impact of sports league organization and regulation on playing field competition, and the effect of NCAA regulation of athletes on their academic performance, including graduation rates. He has also studied such topics as insider trading, mergers, advertising, and industrial concentration. His work has been published in such leading academic journals as the American Economic Review, the Journal of Political Economy, the Journal of Sports Economics, the Journal of Sport Management, the Review of Economics and Statistics, the Journal of Law and Economics, and Economic Inquiry.

“The Uncertainty-of-Outcome Hypothesis and the Industrial Organization of Sports Leagues: Evidence from U.S. College Football” Journal of Sports Economics, vol. 18, no. 3 (April): 298-317. 2017

“Team Promotion in Early Major League Baseball and the Origin of the Closed Sports League.” Explorations in Economic History, vol. 42, no. 1 (January): 122-52. 2005