I BELIEVE…in changing the energy conversation

The future is bright 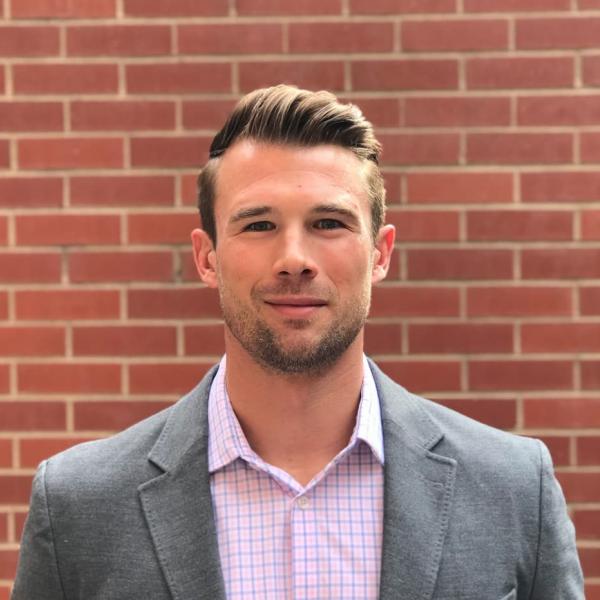 Unprecedented growth has made the future bright for the solar industry.  Over the past decade, it has experienced an average annual growth rate of 50% and employs more than 240,000 Americans, according to the Solar Energy Industries Association.  This growth is forecasted to continue thanks to the increasing development of community solar and utility-scale projects, improved economics, and the rising interest in corporate green energy.

Global Energy Management alum, Garrett Peterson, has always believed in the solar industry and the career opportunities it offers.  His journey reads like a great American success story of how hard work and drive can take you from the ground floor to the executive level. Garrett started his career installing residential solar panels. Since then, he has worked his way up the proverbial “corporate ladder” at both established and start-up companies to gain leadership experience in all the industry has to offer.

Garrett is now the Vice President of Project Development at Pivot Energy, a national leader in onsite solar project development.   At Pivot, he oversees commercial and community solar projects across the Midwest.  While the view from his downtown Denver office may be different from where he started over 12 years ago, his passion for the industry has only grown.  “I started in solar because I wanted to work in a field that had a positive impact on the environment. Now, having worked in residential, commercial, utility-scale and community solar, my resolve has only deepened to create a cleaner energy future,” relates Garrett.

His rise among the ranks is no accident, but instead, built on hard work and the belief that you cannot sit on the sidelines and wait for something to happen.  “You need to be assertive in order to discover what you are passionate about,” explains Garrett, “it is crucial to gain exposure to new responsibilities, people, and ways of thinking to understand what you want and where you want to be. Then, use those experiences to build a plan on how to get there.”

The conversation around energy is changing

Garrett recognized that the conversation around energy was changing. If he wanted to continue to affect that change, then he needed a better understanding of the entire industry. He also knew that honing his business skills through formal business education was an essential part of his plan to get to the next level.

He explains, “I wanted a program that focused on the financial, technical, regulatory, and executive leadership aspects of energy.”

He relates, “When you are in a GEM class, you work collaboratively to complete a group project.  You are taught to consider all of the stakeholders involved; to examine the economic, environmental, ethical, and fiscal implications involved in a business decision.  Earning my masters through the GEM Program was an invaluable investment in myself.  It not only honed my business acumen but also expanded my view of the energy industry and has helped me to become a better leader.”

Garrett has come to rely on his GEM education in his current role.  His projects include a complex network of financial, technical, and regulatory scenarios that must be carefully managed to ensure successful completion. On any given day, he oversees land leasing and origination opportunities, meets with community leaders, reviews interconnection studies, or determines how to package and sell a project to investors – just to name a few.

“The energy industry needs the GEM Program because the conversation around energy is changing; climate change is more widely accepted while the global demand for energy is growing.  This is not a problem we can solve alone. Leaders from every sector need to appreciate the interdependence of all forms of energy and learn how we can work together.”

As the solar industry continues to gain increasing shares of U.S. electrical generation, Garrett knows that its growth over the past decade is just the tip of the iceberg.  He recounts, “Since I started in the industry, public opinion has progressed and is driving change.  Now, more than ever, people can choose where their electricity is coming from; cities, companies, and citizens are coming together to develop community solar projects.  It is truly rewarding to be in a role in which I am turning this ‘changing conversation’ into a reality.  My GEM education gave me the tools I needed to understand the business of energy and now I am in a position to drive that change.”

The GEM team is available to discuss the benefits of the Global Energy Management MS degree with you.

Please contact
Glenn Engelberg,
Assistant Director of Recruitment
303-315-8064, email him, or fill out the form linked below.