I BELIEVE...in the power of determination. 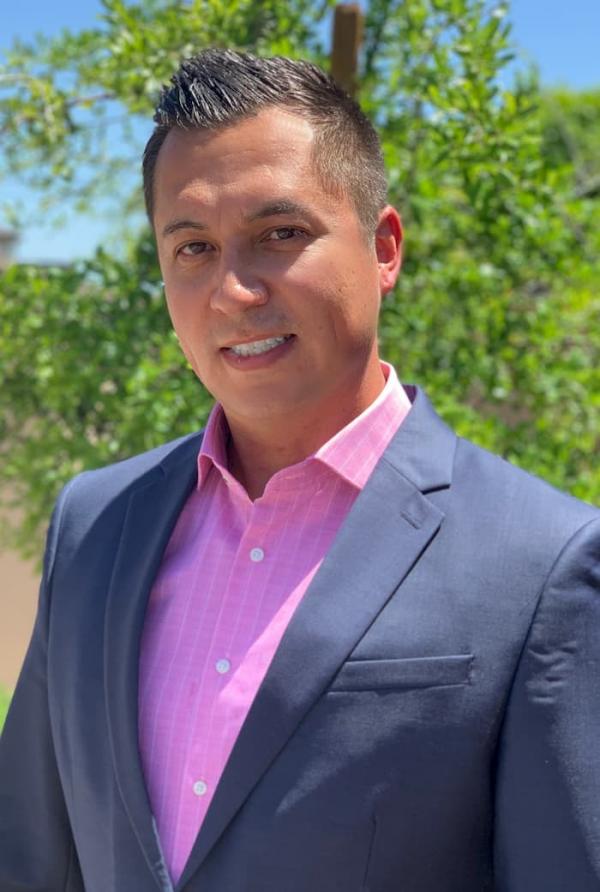 Global Energy Management alum, Daniel Howlett (GEM ’11), is in an enviable position. He helped build Energy Keepers (EKI), a successful energy company from the ground up, thoroughly enjoys his job, and welcomes each new challenge the day brings. Add to that the fact that the rewards of his efforts go beyond the usual professional and financial gains we seek in our careers.  When Daniel succeeds, when EKI succeeds, it directly benefits the community where he was raised.

The roots of this story can be traced back to the Great Depression, decades before Daniel was even born. It begins with the construction of one of the largest hydroelectric dams in the United States and the historic events that follow.  It is about the power of determination and its ability to reshape the future.

Daniel grew up in western Montana on the Flathead Indian Reservation, which is home to the Confederated Salish & Kootenai Tribes (CSKT).  In the 1930s, the Montana Power Company built what was then known as the Kerr Dam on the reservation.  It was completed in 1938 and for the next 50 years, CSKT had a minimal say in how the water resources were managed and had no involvement in the dam’s operations, despite it being located on their land. The tribe, however, remained resolute that one day this would all change.

That day came in 1985 when members of the CSKT tribal council, which included Daniel’s father, successfully petitioned the Federal Energy Regulatory Commission (FERC) for more representation in the dam’s management. FERC agreed to grant the tribe co-licensee status with the Montana Power Company for the next 30 years and then, the unilateral option to purchase the dam on September 5th, 2015.

The significance of this decision cannot be overstated.  Leading the dam’s operations after so many decades meant that the CSKT would finally control how the land and natural resources on their reservation were managed.  It meant new jobs and economic development for the people of the CSKT. It also laid the foundation for Daniel’s career in energy.

Fast-forward to 2010.  Daniel is in the early phases of his professional career; he has earned his business degree, is working full-time, and deliberating his next steps.  His sights are set on the energy industry.  He has a strong work-ethic, limitless drive, and leadership aspirations, all of which he credits back to his family and upbringing.

He also recognizes that soon CSKT will have the opportunity to acquire Kerr Dam.  So, he sets the course for his career and applies to the Global Energy Management Program to earn his graduate degree.

Daniel recalls, “I knew I had the opportunity to make a positive impact and be a part of something special back home in Montana. The dam acquisition was on track to be completed in the next few years and I wanted to help lead this change forward. I was confident that GEM’s energy-focused business education would provide the comprehensive knowledge I needed to play a role in this transition.”

While completing his degree, Daniel had the chance to put his energy education to work.  He was one of the first employees hired by EKI, the corporation created by CSKT to own and operate the dam. Immediately, he was engrossed in the world of an energy start-up and wore a multitude of hats, including helping to develop EKI’s power marketing plan.

“The education I received in the GEM Program was paramount in my ability to help EKI form into a corporation, take ownership of the dam, and then enter into the market. I used knowledge learned from every class to help EKI progress through the various phases of business. I was able to understand and address the key business drivers of a start-up as well as the big picture of hydro-electric operations, the challenges of navigating renewable integration, and the surplus gas affecting power generation fundamentals,” relates Daniel.

Earning his GEM degree was no small undertaking for Daniel. As one of the youngest people in his class, he sat next to classmates with impressive titles and decades of energy experience.  He was determined, however, to become a key contributor to the class and rise to the challenge. He reflects, “GEM set the tone for my career. I used the program to develop my executive presence, my ability to build relationships as well as how to close deals with diverse sets of partners. These skills have been invaluable in my career.”

Where the past meets the future 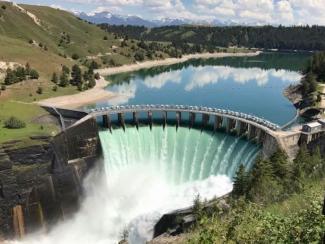 January 2020 marked ten years since Daniel first sat down in a GEM class and over 80 years since the dam was constructed. In that time, many key milestones were achieved.  In September 2015, the CSKT tribal council finalized the purchase of the 208 MW producing dam and became the first Native American tribe to solely own and operate a large hydroelectric dam in the U.S. They ultimately renamed it Seli’š Ksanka Qlispe’ Dam to reflect the confederation of tribes that call the Flathead Reservation home.

While EKI has built out its team over the years, Daniel still enjoys wearing a few different hats in his role as Director of Power Marketing.  His main responsibilities include managing the company’s long-term physical power marketing, handling relationships with key customers across several municipalities and industries, and preparing EKI for potential entrance into new markets – to name a few.

Reflecting on his journey over the past decade, he relates feeling a great sense of accomplishment, “Being part of this company from its origins, I am proud the more we evolve and expand.  When we formed EKI back in 2012, it was hard to visualize what it would look like today, in 2020.  I’m thrilled at all we have accomplished in just a handful of years in the business.”

Daniel is even more optimistic about EKI’s goal of becoming a larger player in the west’s clean energy future and his role in making it a reality.  Furthermore, he is excited by the fact that as EKI grows, it will provide more economic development and opportunity for the tribe.

Daniel states, “I feel blessed to work at a company that tasks me to seek out business opportunities and capitalize on them.  Knowing that when EKI prospers, it flows back to the people of the CSKT tribe is beyond rewarding.  I am so grateful for my GEM education.  It laid the foundation for my success in the energy industry.”

The GEM Program looks forward to the new energy future Daniel and EKI are bringing to CSKT and the northwest.  We know the power of determination will take them to new milestones.