Home About Our People Jim Lopresti 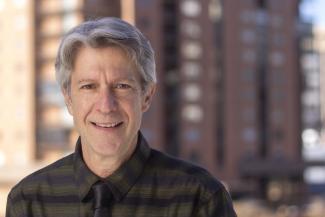 Jim LoPresti has worked in both corporate and academic worlds, utilizing practice and theory, for over 35 years. In 2005 he founded CohereUs Consulting International, which focuses on leadership and management professional development. He brings proven expertise to his clients in executive coaching, negotiation skills/conflict resolution, leadership through story-telling, resilience and stress management, team building, senior management alignment, introducing and leveraging change, and cultural transformation.

LoPresti has worked with a broad range of audiences, such as “C” suite executive leaders, senior and middle managers, front line workers, and executive MBA and undergraduate students. Some of the industries where he has employed his consulting and facilitation skills include large multinational and medium size corporations, private equity firms, academia, information technology, construction, pharmaceuticals and health care, and government. Some of LoPresti's clients include: Sanofi/Aventis Int’l, SAP, UCAR, Oracle, Colorado Dept. of Higher Education, the Denver Police Department, the National Science Foundation, and Thomson-Reuters.

In 2011, LoPresti collaborated with a small team of professional consultants/executive coaches to develop a year-long leadership program for C suite executives in Denver, Colorado. From that effort, the Men’s Leadership Institute was born. In 2014, LoPresti was contracted to develop a leadership institute for the American University of Rome, where he lived for 1 year.

LoPresti is a certified professional coach through the International Coach Federation. He was a major contributor to both the first and second editions of Management: A Focus on Leadership by Annie McKee for Pearson/Prentice Hall. In addition to his consulting practice, LoPresti is also an adjunct lecturer at Colorado State University.

“Leadership Coaching as a Growth Cycle from Transition to Transition,” (with Edward Mwelwa). Pfeifer Desktop Manual of Professional Coaching, March, 2018.

Co-wrote A Student’s Guide to First-Year English, a grammar and mechanics handbook required for all first-year students at the University of Denver, Burgess Press, 1995

Selected for the Colorado Italian-American Hall of Fame, 2012

Invited to be Mentor-on-Call for graduate and post-graduate students, University of Colorado, Boulder Career Services, 2003

Panhellenic and Interfraternity Councils: "Favorite Professors of the Greek System," University of Denver, 1993

Appointed to the Board of Directors, Colorado Endowment for the Humanities, 1998 – 2002