Home About Our People Wayne Cascio 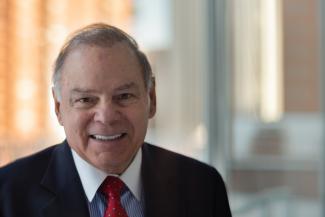 Wayne F. Cascio, PhD, is a Distinguished University Professor at the University of Colorado. He holds the Robert H. Reynolds Chair in Global Leadership at the University of Colorado Denver. He has served as president of the Society for Industrial and Organizational Psychology (1992-1993), Chair of the SHRM Foundation (2007), the HR Division of the Academy of Management (1984), and as a member of the Academy of Management’s Board of Governors (2003-2006). Currently, he serves as an editor of the Journal of International Business Studies (JIBS).

In 2010 he received the Michael R. Losey Human Resources Research Award from the Society for Human Resource Management, in 2013 he received the Distinguished Scientific Contributions Award from the Society for Industrial and Organizational Psychology, and in 2016 the World Federation of People Management Associations awarded him its Lifetime Achievement Award. From 2011-2013 he served as Chair of the U.S. Technical Advisory Group that is developing international HR standards, and he represented the United States to the International Organization for Standards. Currently, he serves as Chair of the SHRM Certification Commission. He is an elected Fellow of the National Academy of Human Resources, the Academy of Management, the American Psychological Association, and the Australian HR Institute.

University of Geneva, Switzerland, IOMBA professor of the year, 2014

Elected by the Australian Human Resources Institute as a Life Fellow, 2012

Named by the Colorado Board of Regents as a Distinguished University Professor, 2011